DHT is a sex hormone responsible for male characteristics such as body hair. However, excess DHT may cause hair loss in men – especially those genetically prone to male pattern baldness.

DHT is also believed to be a leading cause of baldness. DHT binds to the hormone receptors present on the hair follicles, which causes a change in the hair growth cycle and results in hair loss.

What is a DHT Blocker?

A DHT blocker is a substance or a compound that can help inhibit DHT production in the body or help stop the build-up of DHT in the scalp. DHT prohibits nutrients from getting absorbed by your hair follicles, which can block hair growth. DHT blocking foods such as tomato, green tea, spinach, flax seeds, among others, effectively reduce DHT levels in your scalp naturally.

Here’s an article on everything you need to know of DHT Blockers for a more detailed understanding.

What are the common DHT Blockers?

Some of the common DHT blockers are:

What are the DHT Blocking Foods?

DHT Blockers exist to combat this problem. As the name suggests, it “blocks” or slows down DHT in men, thus fighting potential hair loss. Many different foods act as DHT Blockers.

The DHT blocker foods can be put into three groups:

Apart from these three food groups, it is also essential to ensure that you are getting adequate amounts of vitamins as vitamins play a crucial role in ensuring hair health.

Redensyl Hair Growth Tonic
Looking for an effective solution to regrow your lost hair? Use Our Redensyl Hair Tonic that nourishes your hair and promotes healthy hair growth.
Get One Now 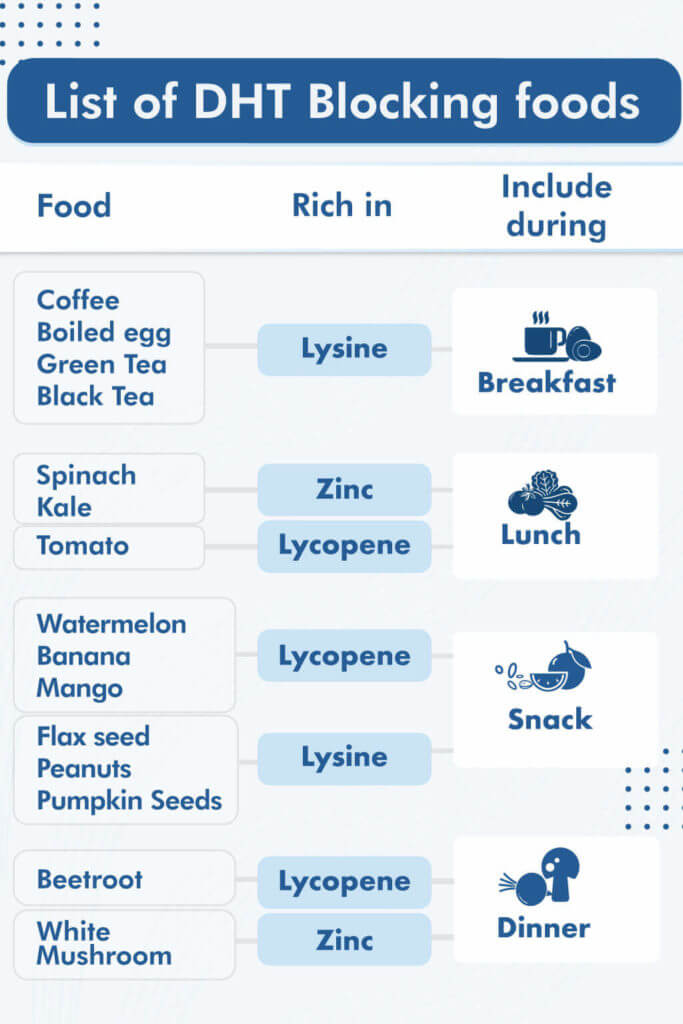 What are the Zinc rich foods?

Zinc-enriched foods block the DHT, which causes androgenetic alopecia (male pattern baldness) and prostate enlargement. This is because zinc functions as a 5-alpha reductase inhibitor, which prevents DHT formation.

Some of the best food sources of zinc that act as best DHT blocker foods are:

Spinach as a DHT blocker

Spinach is a zinc-rich vegetable, one of the best DHT blocker foods. This means it contains phytosterol, which blocks DHT production and reduces areas on the scalp and hair follicles to which DHT can attach itself.

White mushroom as a DHT blocker

Like spinach, a white mushroom is a zinc-rich food containing phytosterol. It also contains vitamin D and pantothenic acid, which helps grow thick hair on the scalp.

Kale as a DHT blocker

Kale is another zinc-rich vegetable containing phytosterol to block off DHT. This natural DHT blocker food also has Isothiocyanates which play a primary role in excess detoxifying hormones from the body.

Also, Pumpkin seeds act as one of the best DHT blocker foods due to the two compounds' presence.

The first is the phytosterol beta-sitosterol, which has been shown to inhibit the enzyme 5-alpha-reductase responsible for converting beneficial testosterone to dihydrotestosterone.

The second is a steroid called that is much less powerful than DHT. The steroid helps block DHT by specifically competing with it at the cell receptor sites, damaging hair follicles and the prostate gland.

What are the Lycopene rich foods?

Lycopene is a plant nutrient with antioxidant properties.

Lycopene foods act as DHT blockers in the following ways.

Some foods rich in lycopene:

Most vegetables with pink and red color pigments are also rich Lycopene sources.

It is always advised to eat these lycopene foods in their raw state to reduce DHT levels in the scalp naturally. Cooking and exposure to heat reduce these natural DHT blockers foods' nutritional content.

Also Read: How does derma roller help in hair growth?

Here is how the food mentioned above items help in curbing DHT production and ensure hair growth:

Banana as a DHT blocker 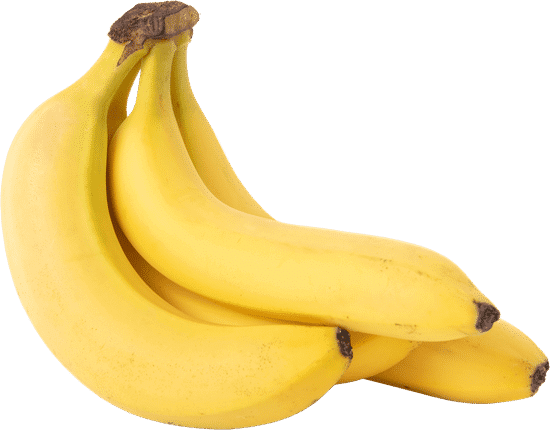 Bananas are a great source of biotin, a B vitamin that helps hair growth. Bananas also have potassium, which allows the circulatory system to provide nutrients to the scalp efficiently. They also contain FOS (fructooligosaccharides) which helps to reduce DHT overproduction.

Mango as a DHT blocker 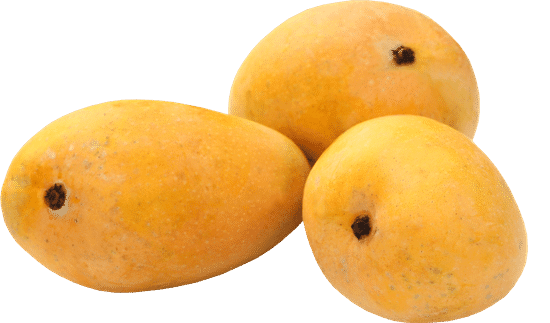 Mangoes contain lycopene, which inhibits DHT by regulating or inhibiting 5 alpha-reductase enzymes responsible for converting testosterone into DHT. Mangoes thus are one of the best natural DHT blocker foods that naturally block DHT production in the scalp.

Tomato as a DHT blocker 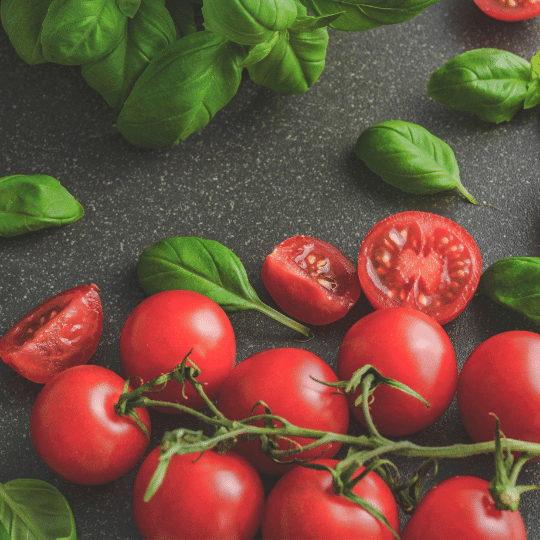 “Are tomatoes good for hair growth?” Is a very commonly asked question. And the answer to that is- ABSOLUTELY YES!

Lycopene in tomatoes inhibits the DHT by regulating or inhibiting 5 alpha-reductase. Antioxidants in tomatoes help to fight cells causing damage to the hair follicles. Beta-carotene helps to supply nutrients to the scalp for hair growth.

Beetroot as a DHT blocker 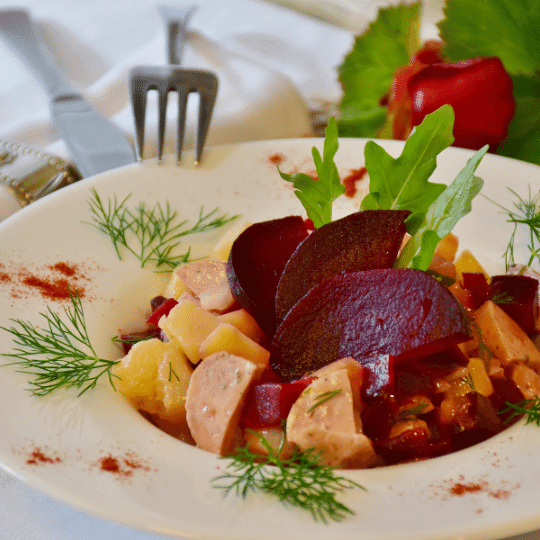 Eating beetroot for hair growth has proven to be highly effective. Again, like all other foods with red pigment, beetroot is rich in lycopene, making it an extremely effective DHT blocking food. Beetroots are known to reduce DHT levels in the scalp naturally.

What are the Lysine rich Foods?

Most seeds and nuts commonly found are rich in lysine. This makes them extremely effective in controlling DHT levels of the scalp.

Some examples of lysine-rich foods are-

Flax seed as a DHT blocker

The alpha-linolenic acid found in flaxseed DHT blockers can help block the enzyme that creates DHT in the body. By preventing DHT from shrinking hair follicles, flaxseed helps prevent hair loss. The omega-3 fatty acids can also assist the body with stress, preventing another major cause of baldness. Telogen effluvium is the scientific name for hair loss due to stress, and flax seeds can help fight this. Thus, flax seeds serve as an effective DHT blocker food and hair loss combatant.

Peanuts & DHT blocking: Are peanuts good for the hair?

Yes, peanuts are extremely good for the hair. Peanuts contain L-Lysine and Biotin.

Both act as natural DHT inhibitors, and they are also a heart-healthy source of protein, unusually rich in Folate and Molybdenum. These naturally reduce DHT levels in the scalp. Folate and Molybdenum help scalp follicles utilize Iron and Copper to grow healthy hair. They are also rich in monounsaturated fats, which help keep hair follicles nourished by a healthy cardiovascular system. You can now eat your salt-free peanuts guilt-free as peanuts are perfect for the hair.

Coffee as a DHT blocker

The caffeine in coffee can help stimulate hair growth and stop hair loss. A 2007 lab study found that caffeine helped block DHT's effects in male hair follicles. It even resulted in longer, wider hair roots. It also prolonged the anagen duration, which is the hair growth stage. Coffee helps in DHT blocking, which makes it an effective DHT blocking food.

The primary chemical constituents of tea are polyphenols, and the predominant polyphenols are catechins.

The catechins have antioxidant properties, due to which these catechins exhibit DHT inhibiting properties. Both black tea and green tea act as effective DHT blockers and help with hair loss. Green tea and black tea are extremely good for the hair. Alongside your diet, use other DHT blockers such as a DHT blocking shampoo to reduce DHT completely.

Soybeans and other Soy Isoflavones play a significant role in curbing DHT of the scalp. Isoflavones derived from soy act as effective hair growth agents. Soy isoflavones are organic compounds that work like phytoestrogens. They push DHT out of the hair follicles, reducing DHT accumulation.

An imbalance of the hormone known as dihydrotestosterone (DHT) contributes to hair loss.

Eating soy-rich foods like edamame beans and tempeh inhibits the formation of DHT.

Edamame beans are rich in iron, omega-3, vitamin B2, magnesium, and 75 gms of soya week will certainly help curb the excess production of DHT in the scalp.

Turmeric has a high concentration of active compounds called curcuminoids. This compound helps control DHT levels in the scalp. Clinical studies have demonstrated that curcumin lowers DHT levels by blocking the action of the alpha-5 reductase enzyme. Including turmeric in its natural state ( uncooked) will most certainly help keep the DHT levels checked.

Edible Powders or Churna for Hair

These herbs can be consumed as a powder, mixed with milk or water, or made into churna balls.

Shatavari for hair- Shatavari is yet another powerful herb that can help strengthen the hair shaft and the hair follicles.

Jatamansi for hair- One of the most potent herbs in Ayurveda for hair is Jatamansi. Here's everything you need to know about how to use Jatamansi for Hair

Are you looking for a complete list of herbs? Here is the list of ayurvedic herbs for hair growth.

How much lycopene to block DHT?

To solve DHT-related hair loss, ensure you are consuming at least 2 portions of foods rich in lycopene daily. This, over time, will help curb lycopene production by enabling new hair follicles' growth.

How can I reduce DHT naturally?

What is the best natural DHT blocker?

No, blocking DHT is not bad. On the contrary, it helps combat hair loss, androgenetic alopecia (male pattern baldness) and even successfully promote hair regrowth. Moreover, there hasn't been any noticeable side effects of DHT blockers. Men using DHT blocker foods or even top DHT blocker drugs haven't reported any side effects.

Yes, zinc is an effective DHT blocker as it acts as an effective 5-alpha reductase inhibitor that can block the formation of DHT that causes hair loss. Moreover, it also helps regulate the hormone levels to combat hair loss. Some of the best food sources of zinc that also act as excellent foods that reduce DHT are- spinach, kale, pumpkin seeds, white mushrooms. 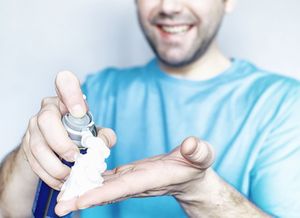 How to Shave Balls Properly! (Step by Step Guide) 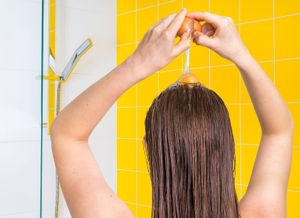 What Are the Side Effects of Applying Egg on Hair?

Lemon for Dandruff: Is it Safe, How to Use, and Side Effects 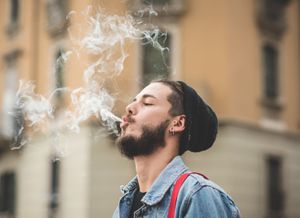 Does Smoking Cause Hair Loss? Myths or Reality 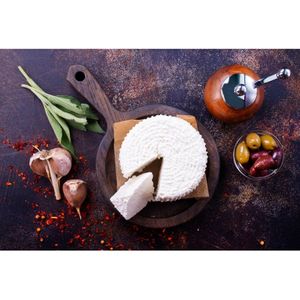 Is Paneer Good For Weight Loss? 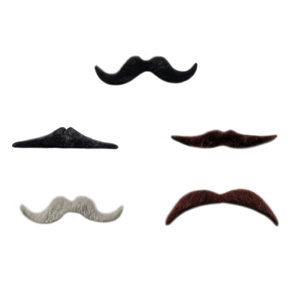