Why Is Shower Sex Great?

Many people want to try to indulge in sex while showering at least once in their life. While there is not a lot of scientific data on sex in the shower, according to a non-scientific poll conducted by Trojan Lubricants, 60% of individuals desire to attempt shower sex with a partner. So, if you've been hesitant to bring up shower sex with your spouse, there's a strong chance they're already intrigued.

The following are some of the advantages of sex during shower:

Sex can be a messy business. Get dirty in the shower instead of messing around in bed and then changing your linens for the umpteenth time (while you also get fresh and clean).

3. Have More Sex During Your Period (and Avoid Staining Your Sheets)

Period sex is entirely safe, but it may also be rather messy, especially on days when your partner is experiencing heavy flow. For period sex, you could slip a towel under your partner’s buttocks, but it would be easier to just go to the shower. Keep your stain remover on hand if you spill red wine on your carpet again.

The only thing that is slippery when it comes to shower sex is the shower floor, and this might result in a neck-breaking affair that isn't quite as seductive as it appears in the movies. Shower sex is, in fact, the worst, according to anybody who has experienced it in real life.

However, shower sex has the potential to be the stuff of movies if done correctly. It's a fun way to turn up the heat - literally — and a refreshing change of pace from the bedroom.

Take to the showers with these methods to master shower sex like a pro and emerge with no broken bones or damaged egos.

Seriously. When you're cold, it's challenging to be hot, and you can bet your moist bottom that at least one of you will be. Because a showerhead can only cover so much land, increasing the temperature before you shower will assist.

2. Purchase Lubricant That Is Safe to Use in the Shower

3. Get Yourself a Non-slip Shower Mat

You need a non-slip bath mat if you want to become bubbly and sensual simultaneously. When you're done getting messy, pull up these sticky mats from the bottom of your tub or shower for cleaning.

In the movies, lathering up your sweetheart is the ultimate romance, but soap, shampoo, and especially conditioner may make the shower floor incredibly slippery. If you lather up together, rinse well to remove any slimy residue. Also, while the soap is tricky, it is not a replacement for lubrication, so avoid it.

5. Toys for the Bath

Bath toys, at least the ones we're talking about, aren't exclusively for kids. When it comes to waterproof sex toys, you have a lot of alternatives, including vibrating loofahs, waterproof vibrators, and butt plugs.

6. Don't Get Too Caught Up in Penetration

Penetration isn't the holy grail of shower sex, and it shouldn't be your primary goal. Other types of play, such as oral sex and exploring each other's erogenous zones, work well in the shower.

How to Prep for Shower Sex

Here are some suggestions for making shower sex safer and more enjoyable:

1. Start by Scrubbing Your Filthy Shower

Hair whorls and soap scum in the drain are a significant no-no. Before you get in the mood, clean up your shower.

2. Set Shampoo, Razors, and Soap Aside (or Out of the Shower)

In the excitement of the moment, knocking your bathing utensils over may be distracting – and perhaps hazardous if someone falls. You or your partner might need to put a foot or two on the bathtub ledge.

Keep your condoms in the bathroom until you're ready to use them (no more last-minute naked sprints to the bedroom). Put on a condom before entering the shower.

Because lube is easily washed away by water, you may want to have some on hand to maintain lubing up.

4. Use the Proper Lubricant

When in the water, use silicone-based lubrication, which will not wash off or harm condoms. Never use shampoo, conditioner, body wash, or soap as a substitute with lubricant.

Shower sex offers even more potential for slipping and sliding. Purchase a non-slip mat as a safety measure to make your shower less slippery.

If you're determined enough, you can execute almost every sex position in the shower, but that doesn't imply they're all good ideas. Try the following positions to avoid slipping and sliding your way to the emergency department.

This doggie version lets you keep both feet firmly planted on the shower floor while adding extra support with your hands.

One partner leans toward the shower wall with their knees slightly bent and palms flat against the wall. This lets the other person use a penis, sex toy, or fingers to penetrate you from behind.

One partner sits on the shower floor, on the shower bench if you have one, or on the tub's side. The other straddle them in any manner that provides comfortable penetration and grip on firmly while riding.

Though not required, the footrest and handle we indicated would be helpful in this position, but the tub's edge or a shower bench will do.

Both partners face each other, and one of them raises their leg to the edge of the footrest, seat, or tub. Or one of the partners can hold the other's leg up with one hand while thrusting.

For support, one of the partners can stand with their back to the shower wall and place their foot on the footrest, bench, or tub's edge. While they penetrate the partner right in front of them, they can hold the leg of the partner up for more support.

5. The Chairman of the Board

This is similar to reverse cowgirl.

What to Consider and Precautions

In addition to using a non-slip mat and holding the wall, handle, or another firm surface to get all the support you can, here are a few more things to consider when it comes to shower sex.

Shower sex isn't for everyone. You'll have to find another approach to spice things up that you and your partner are comfortable with unless both sides agree and are really into it. Discuss what feels nice and what doesn't with your partner.

3. Be Careful When Getting Out of the Shower

Outside of the shower, things get slick as well. When getting out of the shower or tub, be cautious. Tripping is a real risk with wet flooring, floor mats, and bodies entangled in the throes of lovemaking their way to the bedroom. Instead of running, take a walk.

Bacteria can grow if you stay wet for too long. Sorry to throw a damper on your good time, but germs and fungus thrive in moist environments. To avoid a yeast infection, make sure you dry off thoroughly after shower sex.

Summing Up on Shower Sex

In principle, shower sex sounds really sexy, but it can be awkward when not done right.

In any case, keep balance in mind, and if a posture feels difficult or unpleasant, abandon it. It's better to be safe than sorry, and you can still have a great time together in the shower. 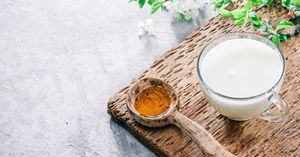 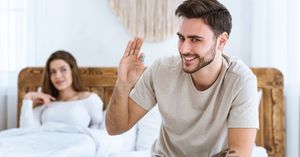 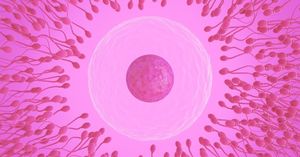 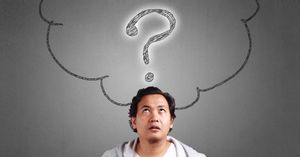 How to Maintain Erection for 30 Minutes? - A Sex Expert's Opinion