Chat with us on Whatsapp!

The Norwood scale helps you gauge how severe your balding is. In fact, in the earlier stages of male pattern baldness, also known as androgenic alopecia stages, your hair fall is easier to reverse. What stage are you at?

Suddenly, we realize that the hair on our forehead is thin, or we notice a bald patch! 'How did I lose hair overnight?' we think. That's the thing with male pattern baldness; we don't realize when we normalize it.

Male Pattern Baldness is a leading cause of depression in men, especially when the hair loss is so severe that it is high-ranking on the Norwood Scale. Factors that lead to male pattern baldness can be genetic or environmental.

But what is Male Pattern Baldness? Moreover, after knowing what it is and finding out that it affects you too- wouldn't you want to know how to prevent male pattern baldness?

What are some causes of male pattern baldness?

Also Read: Reason as to why your hair becomes thin and thereby manifesting male pattern baldness

How severe is my balding?

What are some stages of male pattern baldness on the Norwood Hamilton scale?

A genetic baldness solution would be to start acting as soon as you see a red flag—natural treatments like oiling your hair to strengthen hair follicles.

Stage 2 of male pattern baldness can be identified at a comparatively higher degree of baldness, when hair at the temples and the forehead begins to thin more and more. This could also be termed as front baldness or thinning at the crown among males. Here, your forehead becomes wider and your temples more visible. Though this is still mostly unnoticeable, the loss of hair around the forehead creates an M-shaped hairline.

How to treat stage 2 of male pattern baldness?

If your balding is genetic, a baldness solution is to kickstart using natural herbs to regrow your lost hair the can help delay the effect of genetic balding.

In stage 3 of male pattern baldness on the Norwood Hamilton Scale, balding becomes more evident. Your hairline recedes deeper and widens your forehead to form 'M,' 'U' or 'V' shapes on the forehead.

The hair loss in this stage has increased enough to categorize this stage as 'baldness' on the Norwood Scale.

How to treat stage 3 of male pattern baldness?

Using a derma roller for your hair & oiling after it's use is extremely beneficial.

A clean derma roller is a hair treatment that controls hair loss and regrows your lost hair. You could also switch up your hairstyle to hide that receding hairline.

Male Pattern Balding Stage 4: Massive hair loss at the back of the head

In this stage of male pattern baldness, the Norwood scale indicates that you are sure to lose a lot of hair. Bald spots are increasingly evident. The hair on your crown begins to thin out, and large patches of hair are lost at the back of the head.

How to treat stage 4 of male pattern baldness?

Since you have already lost a large portion of your hair, a visible and impactful solution may be complicated. Opting to use finasteride, a chemical DHT that usually comes in the form of a tablet, could be your go-to.

Also Read: Which one is more effective: minoxidil or finasteride?

Though this may not yield quick, visible results, it's the least you can do. Simple lifestyle shifts can reduce DHT levels in your body. These shifts will prevent DHT from accumulating at the hair follicles and preventing hair growth. Thus, also follow a simple diet that will block your DHT and will help in fighting the hair loss.

Reducing cigarette smoking (if you cannot quit altogether), an agile and active lifestyle in exercising, or choosing simple ways to keep your body in motion are easy ways to reduce DHT in the body naturally.

Ensuring your body and mind are well-rested, and free of tension and stress is. Dry massaging your scalp for five minutes a day with a derma roller effectively stimulates blood flow to your hair follicles.

Male Pattern Balding Stage 5: Horseshoe or U-shaped hairline at the crown of your scalp

This stage denotes the presence of a classic horseshoe-shaped or a U-shaped hairline. If you are at this stage, your hairline has receded significantly. Hair loss in this stage of male pattern baldness becomes more difficult to treat.

By stage 5 of the Norwood Hamilton Scale, the hair loss and balding are so severe that it is almost difficult to see quick, visible effects.

How to treat stage 5 of male pattern baldness?

In addition to incorporating DHT blockers in your diet, you could either opt for a hair transplant or a scalp micro-pigmentation process.

In Stage 6 of male pattern baldness, the hair on your head is thin and bald patches widen, making your scalp more visible. The Norwood Hamilton Scale suggests that hair loss is at the head's sides.

How to treat stage 6 of male pattern baldness?

By this stage of male pattern hair loss, one has large bald patches.

While micro-pigmentation and hair transplants are an option, you can also opt for a scalp reduction procedure. This procedure reduces regions on your scalp with no hair and brings the hair growth areas together. Therefore, it can reduce the baldness on the head. This procedure can be clubbed with a hair transplant to give you a fuller-looking scalp.

If you have reached stage 7 of the Norwood Hamilton Scale, you know that this means that you have lost most of your hair. Your hairline has receded to the crown, and the very little hair remaining on the sides is too thin.

How to treat stage 7 of male pattern baldness?

Since hair loss is so severe right now, embracing it could be a good idea. You could wear toupees, fedoras and sun hats. Alternatively, you could opt for scalp reduction and micro-pigmentation to cover your male pattern baldness.

If you still want a fuzzy head, don't worry; we've got you covered. Wearing a wig made of hair colour and hair texture that resembles your hair is an excellent way to hide male pattern baldness.

What is the link between Ayurveda and Male Pattern Baldness?

An immunomodulator in Ayurveda can be defined as a substance, which can influence any constituent or function of the immune system in a specific or generalized manner.

What are some methods recommended by Ayurveda for Male Pattern Baldness or Alopecia?

Also Read: What are the different types of DHT blocking oils?

Don't turn a blind eye to hair loss, a wider forehead, and hair thinning. Hair loss is common and inevitable, and so is balding. If the men in your family have a history of balding, i.e., if balding is genetic and runs in your family, it is best to take note and act upon hair loss.

It's best to prevent and postpone male pattern baldness by seeking treatment rather than turning a blind eye towards it.

Can hair grow back after thinning?

Yes, hair can grow back after thinning. It is always advisable to reach out to professionals. If it's a genetic issue, it requires quick action, reviewing different hair loss options. There are well-certified doctors to whom you can reach out to Man Matters to resolve your issue.

Can you regrow hair?

Yes, there is a chance that your hair can grow back if the follicle is still intact. But if a follicle has closed, disappeared, scarred, or not generated a new hair in years, then new hair wouldn't be able to grow.

How quickly does balding progress?

At least half of all men are affected by the age of 50 are affected by male pattern baldness. About 80 percent of men are affected to some degree by 70. Some men may lose much of their hair within five years. However, it is more common for hair loss to progress more slowly, usually over 15 to 25 years.

The presence of follicles determines the growth of your hair. If your follicles are alive, there are chances of your hair regrowth. There are ways to stimulate your follicles to restore the hair growth, such as massaging the scalp by using coconut oil or adding a few drops of rosemary or geranium oil to your career oil. Also, using Aloe Vera or ginseng can stimulate the follicles.

What are some male pattern baldness symptoms?

Male Pattern Baldness can usually be self diagnosed and the symptoms include hair loss that typically occurs around the front, top or crown of the head.

What is Norwood 1 vs Norwood 2?

Stage Norwood 1 can also be referred to as the control stage. Men in this stage can still have a full set of hair with little to no signs of a receding hairline.

Stage Norwood 2, on the other hand, can be referred to as the stable stage. As the name suggests, men and their baldness issues can remain stable for years, in this stage.

What is male pattern baldness?

Male pattern baldness refers to the type of hair loss that typically occurs around the front or crown of the head.

What are some types of male pattern baldness?

At what age does male pattern baldness start?

Receding hairline stages among men can start as early as puberty.

Is there a way to stop male pattern baldness?

Unfortunately, the harsh truth is that male pattern baldness cannot be cured. But its process can sure be slowed down. For example, Minoxidil is one of the FDA approved, over-the-counter, medical treatments for this condition. 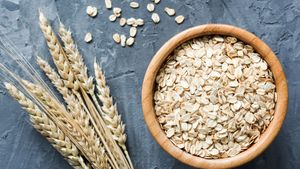 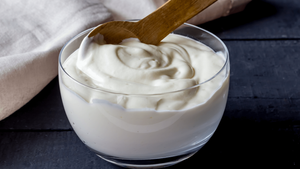 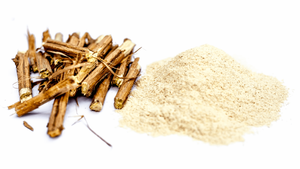 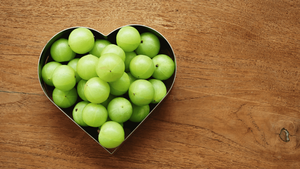 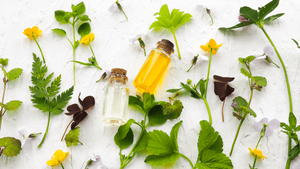 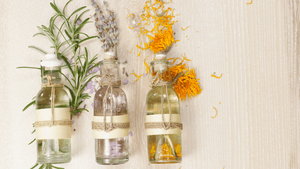