The severity of this disease can be estimated by the degree of angle curve that the penis has. The more bent it is, the more complex and severe the disease can be. In some cases, when the bent is significantly large, it may hamper having sex altogether.

The main types of the penis are:

There are many other shapes and types of penis, like a bigger base with a narrow head, a larger head with a narrow base, etc.; the length and girth of the penis also differ for each man.

According to Dr. Drogo Montague, MD, and Director of the Center for Genitourinary Construction in the Glickman Urological and Kidney Institute at Cleveland Clinic, Peyronie's disease can be excruciating for bent penis because of specific injuries that may have happened earlier during sex.

Most men develop this problem at the age of 45 years or above, and sometimes, this disease can also run in the family. This can happen due to mild damage from motor vehicles or damage during erection/sex.

These injuries eventually lead to scarring of the tissue, resulting in curvature. This can make erections quite painful. However, when the tissues are healed, the pain tends to go away.

Connection of Peyronie's Disease with ED

Quite often, a distinct connection of Peyronie's disease with ED or Erectile Dysfunction has been observed. Erectile Dysfunction refers to the inability to sustain or hold an erection needed for sexual intercourse. This can be caused due to extreme cases of fatigue, alcohol consumption, men with chronic illness, decreased blood flow to the penis, and those subjected to lots of medications.

But first things first, What is a Curved Penis? Is it the same as Bent Penis?

To identify a curved penis, it is essential to understand the difference between Peyronie's disease and normal curvature and how much curve is too much curve.

It is normal to have a slightly tilted penis, as long as there is no pain or discomfort.

However, some men can develop a more bent curve than a regular- c shaped penis, which can cause pain and sexual hindrances. This curve is known as Peyronie's disease.

How to Handle the Issue?

There are many curved penis treatments available for overcoming Peyronie's disease. However, as advocated by many sex therapists, it is most often very embarrassing for men to discuss this issue out in the open and be bold about such problems. The best solution to tackle this issue is "communication."

It is important to communicate such issues with your partner and let them know about your inconveniences. In such cases, if the partner is supportive, pleasure can be embraced with less embarrassment.

How Long Does It Take To Cure Peyronie's Disease?

To treat this problem, a present curve right from birth is not likely to vanish unless treated with surgery. There has been an improvement in the condition in chronic cases, usually between a period of 12-18 months.

In most surgeries, the damaged portion of the penis that is either scarred or inflamed is removed and replaced with a graft portion of the body, usually forearm or scrotum.

The surgery often goes well, but a slight curve may sometimes remain on the penis. Due to this, doctors sometimes implant a penile prosthesis during surgery which helps to straighten the curvature and improve the performance during sex.

Other treatments include verapamil/collagenase penile injections and other potential drugs to ease the pain during sexual intercourse.

One vital answer to how to get rid of curvature or straighten the penis is by doing some recommended exercises like stretching or milking the penis. However, it is advised that the patients should consult their respective urologists.

There may be certain risks that are associated with the disease. These mainly come in the form of:

Having sex with Peyronie's disease can be difficult because it may demand some experimenting at first to figure out what works best for two people. Thus, experimenting with your partner in figuring out the best positions for a downward curved penis, such as being side-by-side or standing up, can help sex be less painful for men.

Here is a list of sex positions you can try if you have a curved penis to make your partner reach orgasm:

Make sure your partner lies on their back on the edge of the bed or a couch, and enter her in a kneeling position. Your partner can also stimulate themselves while you're at it through this sex position. This works best for a man with an upward curved penis.

If you have a downward curved penis, this position is for you. This is a rear entry, where your partner is not faced towards you but is kneeling, with their elbows resting on the bed. It's almost as though your partner is sitting on your lap but in a sleeping position. At this point, you reach around, and your partner can wrap their legs around your buttocks to pull you in deeper.

While this problem can cause significant pain, it can also be treated with proper procedure and medical guidance, along with effective communication and understanding with your partner. 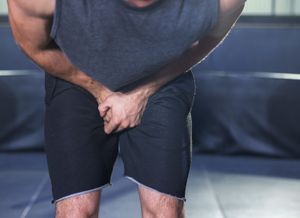 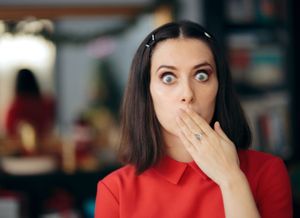 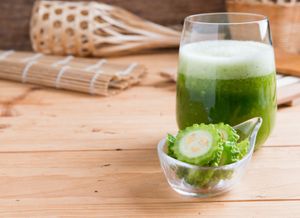 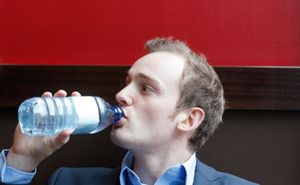 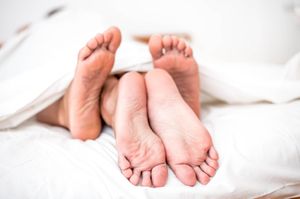 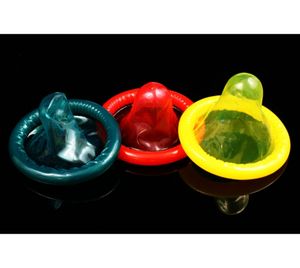